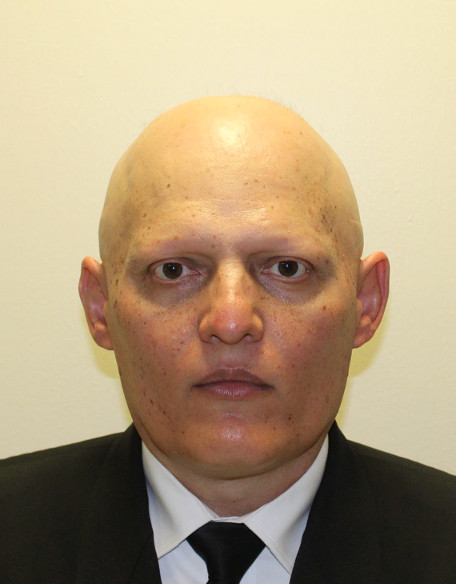 Head of the Research and Technological Development Unit
Mexican Navy

Admiral González Solórzano graduated as Naval Science Engineer from the Heroica Escuela Naval Militar of the Mexican Navy. He has held several appointments in the Mexican Navy such as Patrol commander, Deputy and later Area Head of the Deputy General Management Office of Communications and Informatics, Inspector of the Naval Command of the 3rd Naval Zone, and Permanent alternate Representative of Mexico to the International Maritime Organization, a specialised agency of the United Nations with Headquartered in London, United Kingdom. In 2016, he was promoted to Rear Admiral of the Mexican Navy. He has also received several distinctions throughout his career. He was awarded the naval merit of First-Class due to this high performance during his studies at the Heroica Escuela Naval Militar, and awarded the Argentine Navy Prize for his high performance in military skills during these studies. He received an Honorary Mention for his high performance during a course given by the international Hydrographic Organization. He received the honorable mention "rear admiral grace murray hopper" for his high performance teaching study science computer. To date, he is the Head of the Research and Technological Development Unit of the Mexican Navy.

The Research and Technological Development Unit is a department within the Mexican Navy responsible for developing projects that support the navy forces, units and naval establishments. The main research projects focus on Unmanned Aerial Systems (UAS), radars, datalink systems, sonars, simulators, and rockets.
This talk will present the research, and technological work carried out since 2011 on UAS. To date, two aerial vehicles have been developed and tested in different operation environments; one of these vehicles is under the production of more units. The development of these vehicles implies a continuous learning curve, but in particular, it is essential to design adequate schemes for validation and verification of the vehicle's performance.
Nowadays, with the support of the National Council of Science and Technology of Mexico, an Unmanned Aerial Vehicle (UAV) is under development, capable of performing vertical take-off and landing. Since two years ago, this vehicle has been in the stage of testing to validate its design and functionality.
For future work, we are considering the deployment of UAS from naval ships, the development of cooperative UAVs with swarm capabilities and the use of alternative energies. 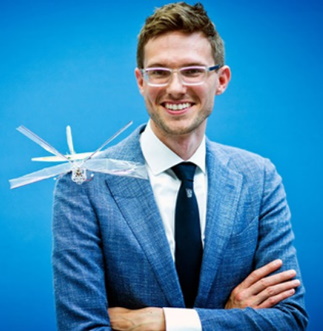 Received his M.Sc. and Ph.D. in the field of Artificial Intelligence (AI) at Maastricht University, the Netherlands. His research interest lies with computationally efficient and often bio-inspired algorithms for robot autonomy, with an emphasis on computer vision. Since 2008 he has worked on algorithms for achieving autonomous flight with small and light-weight flying robots, such as the DelFly flapping wing MAV. In 2011-2012, he was a research fellow in the Advanced Concepts Team of the European Space Agency, where he studied topics such as optical flow based control algorithms for extraterrestrial landing scenarios. Currently, he is associate professor at TU Delft and scientific lead of the Micro Air Vehicle lab (MAV-lab) of Delft University of Technology.

Swarms of tiny autonomous drones can help humans in search-and-rescue missions, in keeping track of the stock in warehouses or in monitoring crop in greenhouses. Tiny drones (think <= 30 grams) are very safe for humans, are suitable for flying in narrow environments, and are very cheap so that they can be produced in large numbers. However, it is also notoriously hard to make such tiny drones fly autonomously. Due to their extremely low weight, they are very limited in terms of energy and payload. This implies that they can carry few sensors and extremely little processing compared to, e.g., self-driving cars. In my talk, I will talk about the effort at TU Delft's MAVLab to make swarms of tiny autonomous drones, and how we approach this by drawing inspiration from insect intelligence. I will present our work on the lightest autonomous drone in the world, the 20 gram "DelFly Explorer" and on a swarm of 33-gram Crazyflies that is able to autonomously explore an unknown environment and come back to the departure point. Furthermore, I will discuss our recent study in which we designed a swarm of CrazyFlie drones able to autonomously localize gas sources. I will end with our efforts into incorporating spiking neural networks in neuromorphic hardware on our drones, showing results of an evolved spiking neural controller that was successfully ported to the real world, for the first time controlling a flying drone with neuromorphic processing in the control loop. 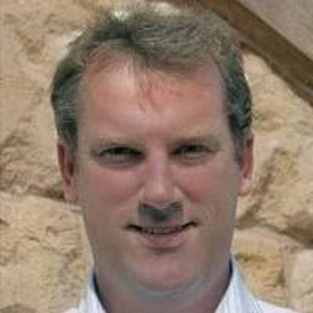 Tom is a senior lecturer in flight dynamics and control at the University of Bristol. With a PhD in nonlinear control system design, he specializes in the application of modern control theory and novel sensors to Unmanned Air Systems (UAS). Tom has held an NPPL (pilots license) for over 15 years, runs the University of Bristol glider flight test course, and has been responsible for UAS operations in multiple countries. He has been granted permission multiple times for Beyond Visual Line Of Sight (BVLOS) operations, and holds the University of Bristol CAA UAS Permission for Commercial Operations. He has also run flight demonstrations and test flights for DSTL, BAE Systems, QinetiQ, DSTL and Roke Manor. Tom is also a founding partner of Perceptual Robotics which has recently been awarded 'Robotics & AI in Extreme Environments' funding by Innovate UK for Offshore Wind Turbine Inspection. https://www.perceptual-robotics.com/

Recent drone developments are having a significant impact on the way that volcanic emissions are being studied. This talk will cover collaborations between the Bristol University Flight Lab and Earth Science colleagues on field campaigns to a range of volcanoes worldwide. Beyond Visual Line of Sight (BVLOS) operations have enabled ash samples to be collected and gas measurements to be made at distances up to 14km and altitudes up to 14,000ft above take-off. Target volcanoes include Fuego which is an active stratovolcano in Guatemala and is almost constantly active at a low level. Small gas and ash eruptions occur every 15 to 20 minutes and multiple flights have been carried out to collect a range of ash samples from within the plume. Most recently, Dr Richardson has been part of the international collaborative multi-drone ‘ABOVE’ field campaign to Manam and Rabul volcanoes in Papua New Guinea - the objective of which was to achieve the first simultaneous inter-comparison of ground, aerial, and satellite-based measurement techniques for volcanic gas (SO2) emissions. 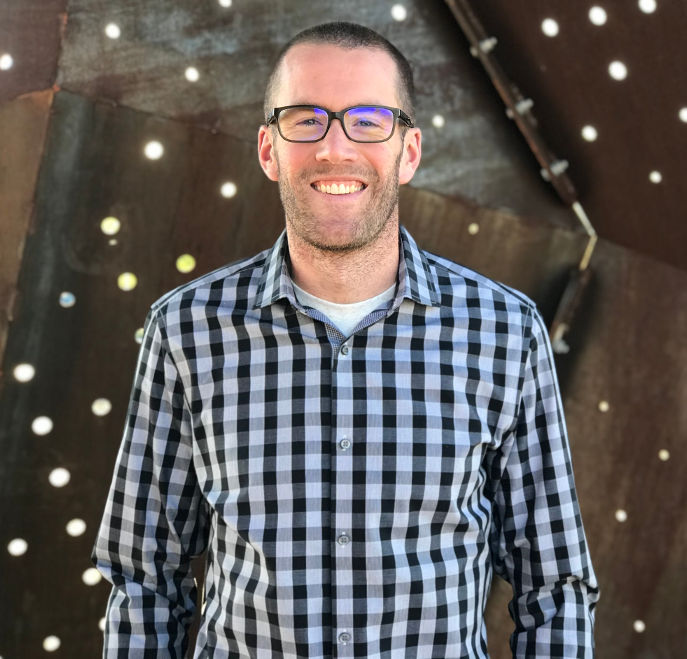 Brandon is driven by the singular belief that the biggest impact he can have on the world is fostering innovation. And the understanding that a 5-fold increase in productivity is the difference between the middle ages and now. And the driver of that productivity increase - and the tremendous increase in the quality of life we all have - is innovation. And for innovation to happen, simplification needs to happen first. So that powerful things can be used easily and readily - and then combined with other powerful things. Brandon’s mission is to make embedding performant, spatial AI and CV into products simple - to enable and foster a wave of innovation powered by being able to embed human-like perception into products across all sorts of industries.

The combination of high-resolution depth perception, real-time artificial intelligence, advanced computer vision functions, and high-frame-rate/high-resolution/multi-sensor cameras systems used to be only available to those with huge budgets. Monetary, size, weight, and power budgets. Now, it's possible to have all of this on an embedded system - in a tiny device that costs $99. It's going to change every industry. 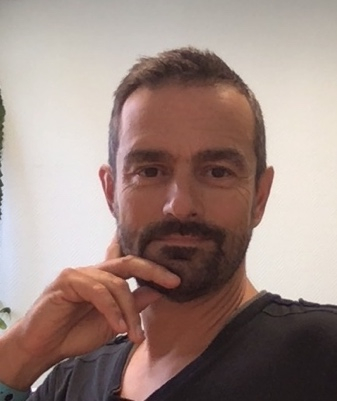 Talk
Controlling UAV's based on events: a new approach for new solutions

In this talk, we will present the theoretical framework of event-based control. Through examples, we will show how event-based control approach can improve or give new abilities to robotic systems and especially UAVs. Examples will cover safer remote control of UAVs, faster learning for artificial intelligence and other examples related to flying robotics. 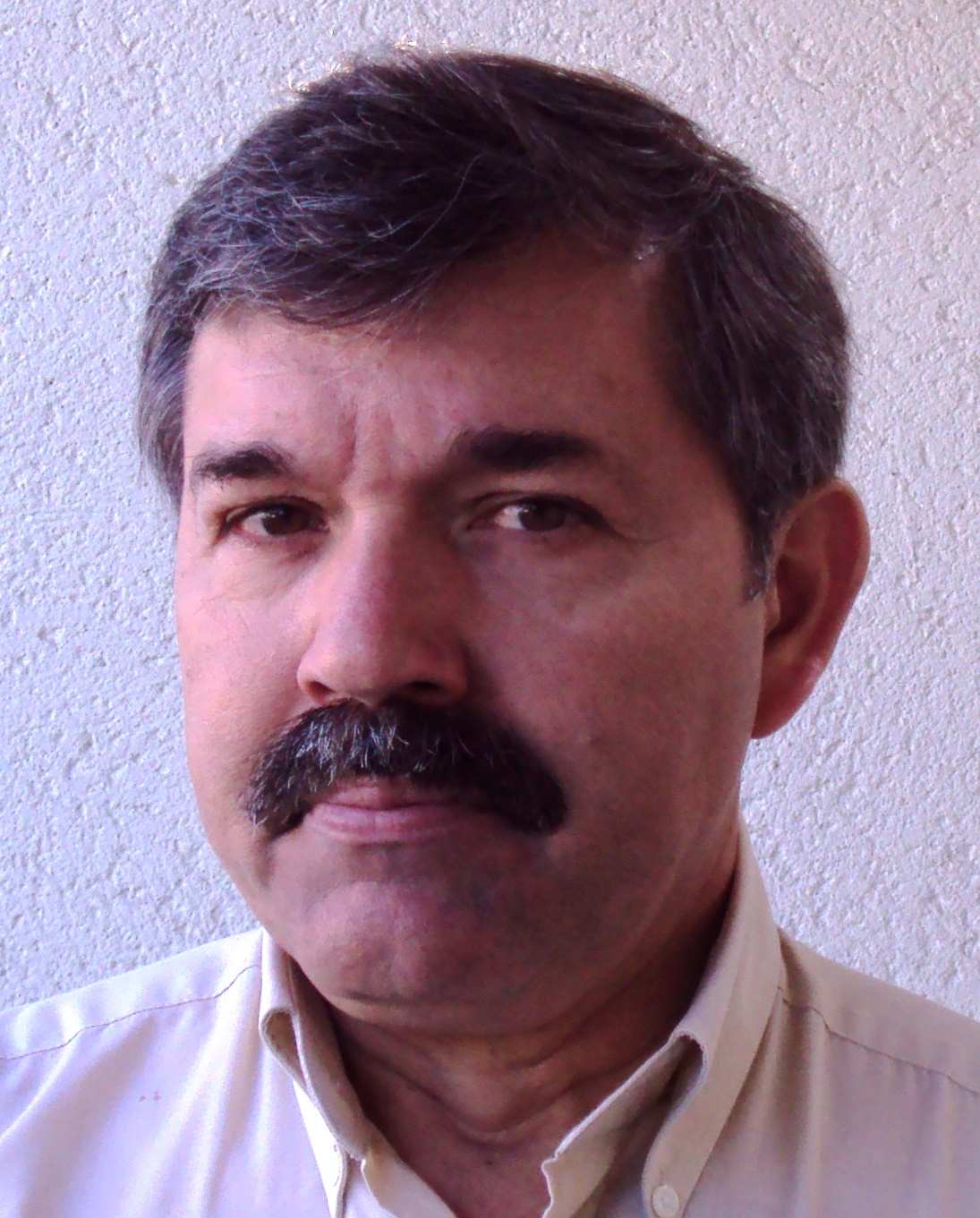 Rogelio Lozano was born in Monterrey Mexico, on July 12, 1954. He received the B.S. degree in electronic engineering from the National Polytechnic Institute of Mexico in 1975, the M.S. degree in electrical engineering from Centro de Investigación y de Estudios Avanzados (CINVESTAV), Mexico in 1977, and the Ph.D. degree in automatic control from Laboratoire d'Automatique de Grenoble, France, in 1981. He joined the Department of Electrical Engineering at CINVESTAV, Mexico, in 1981 where he worked until 1989. He was Head of the Section of Automatic Control from June 1985 to August 1987. He has held visiting positions at the University of Newcastle, Australia, from November 1983 to November 1984, NASA Langley Research Center VA, from August 1987 to August 1988, and Laboratoire d'Automatique de Grenoble, France, from February 1989 to July 1990. Since 1990 he is a CNRS (Centre National de la Recherche Scientifique) Research Director at University of Technology of Compiègne, France. He was Associate Editor of Automatica in the period 1987-2000. He is associate Editor of the Journal of Intelligent and Robotics Systems since 2012 and Associate Editor in the Int. J. of Adaptive Control and Signal Processing since 1988.

He has coordinated or participated in numerous French projects dealing with UAVs. He has recently organized 2 international workshops on UAVs (IFAC RED UAS 2013 and IEEE RAS RED UAS 2015). He participates in the organization of the annual international conference ICUAS (International Conference on Unmanned Aerial Systems) since 2010. He is IPC Chairman of the ICSTCC in Rumania since 2012. He was Head of Heudiasyc Laboratory in the period 1995-2007 and since 2008 He is Head of the Joint Mexican-French UMI 3175 CNRS. His areas of expertise include UAVs, mini-submarines, exo-squelettons and Automatic Control. He has been the advisor or co-advisor of more than 35 PhD theses and published more than 130 international journal papers and 10 books.

The dynamical model of a mini helicopter without swashplate is presented. The helicopter is composed of two rotors, the main rotor with torque modulation and variable pitch propellers to stabilize roll and pitch angles, the second rotor stabilizes yaw displacement. The torque modulation is performed accelerating and decelerating the main rotor which produces a variation in the blades pitch. This helicopter does not have the classical swashplate. The dynamical model is obtained via the Euler–Lagrange approach and a nonlinear control strategy is proposed. The roll and the forward displacement are controlled by using a virtual swashplate. The pitch and lateral displacement are controlled in a similar way. The yaw displacement is stabilized by a classical linear state-feedback controller. The nonlinear controller performance is tested on real experiments using a mini helicopter. It is shown that the controller is robust to disturbances in outdoor flights.