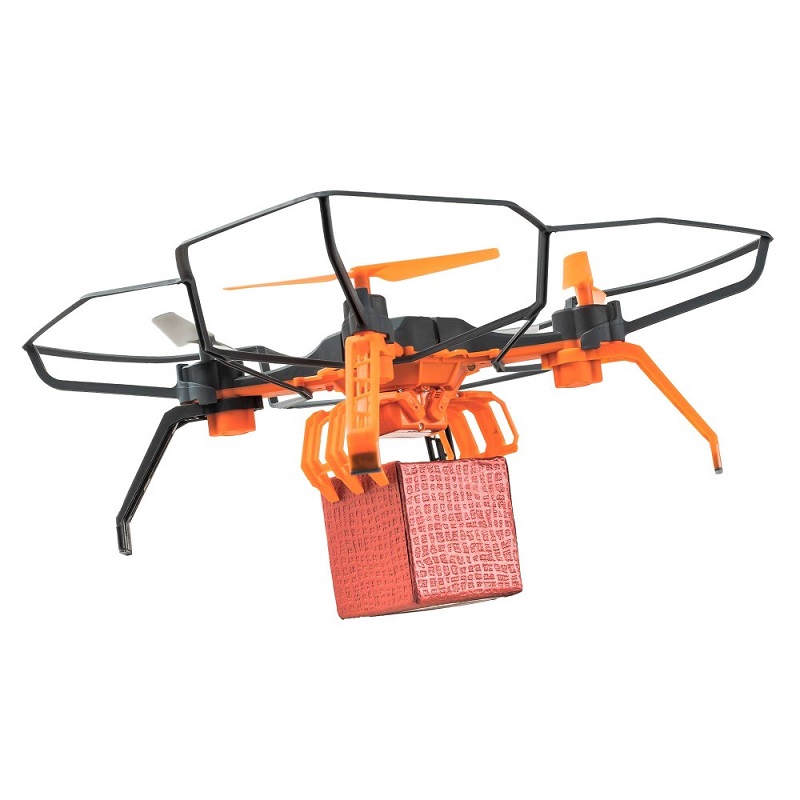 The details of the mission are covered in the PDF provided in the next link: Rulebook.

Location of the competition

MAVs have become significantly useful in civilian applications and for the monitoring of livestock or fauna in natural habitats. However, during flight operation, several MAVs still produce high levels of noise with a negative impact on humans and animals.

In a disaster scenario, the arrival of one or two MAVs could increase stress or provoke anxiety/fear on those people trying to deal with the situation.

Motivated by the latter, this challenge encourages teams to present novel MAV designs with the goal of achieving noise-free flight operation.

Once the MAV is over the microphone, the MAV has to remain in hovering for 1 minute. Meanwhile, the audio signal of the flight will be recorded with the microphone. The height range in which the MAV must be kept close to the microphone will be between 1 m and 2 m.

Teams have two options for carrying the load: 1) a package slung underneath the MAV, in which case the MAV and the package will have a separation distance of 0.5 m; 2) placing the package on the top of the MAV.

The winner will be the MAV with the minimum noise level.

Description and rules about the IMAV 2021 competitions can be found in the PDF file available for download below:


All images and text in this document may be referred to, mentioned, totally or partially reproduced under strict citation as follows: